On Spoilers. (I Hate Them.)

A 2011 psychology experiment indicates that spoilers don’t ruin a story, but rather enhance it.

With all respect, in this regard psychology has its headlight plugged firmly into its tail-lamp. And that’s coming from someone who makes her day job in psychology and behavior, so you know I feel pretty strongly about this.

The experiment showed subjects short stories with and without spoilers, and asked subjects to rate their enjoyment reading. The study showed “significant preference” for the spoiled versions.

I don’t have the particulars of how the study was conducted, but I have a few guesses as to why researchers got the answers they did.

I had a friend who didn’t mind spoilers. She knew I worked actively to avoid them, but that didn’t stop her from detailing the big reveal in the book she had just finished — the end of a series I was partway through.

I had a physical reaction to hearing her ruin the mystery for me. Six more books’ worth of overarching plot were vaporized in a sentence. Though there was nothing wrong with the story itself, the cheating experience was so jarring for me that I have not, in the years since, picked up another book in the series.

Even talking non-specifically around a spoiler can be a spoiler; to the naive viewer, The Man Who Shot Liberty Valance is going to be a great Western. Once someone starts talking about, “Just wait for the surprise!” though, the effect is already gone. (I’m comfortable using this example because you should have already seen it. If you haven’t, go complete your education.)

Many stories with surprise or ironic endings are renowned as much for their subtlety and careful plotting as for the ending. There’s no doubt that an awareness of the ending can add a whole new dimension to the reading experience, as we revel in not only what the author did, but how they did it.

But we can’t fully appreciate the joke until we’ve laughed at the punchline. A well-crafted plot twist is better when viewed from both sides, I think. And I’m not alone; haven’t you read a really great twist, one that, in hindsight, was perfectly clear, but which kept you suspended until the reveal? Isn’t that how we know it was a really great twist?

One of my very favorite reader reviews was a comment on Facebook — “as soon as I finished, I immediately started over to look for all the clues.” She read the book twice, with a different lens the second time. Two experiences for the price of one.

The overall findings are consistent with the experience most of us have had: A favorite tale can be re-read multiple times with undiminished pleasure. A beloved movie can be watched again and again.

Yes, but — the favorites one watches again and again typically aren’t valued for the surprise endings, but for the overall process. 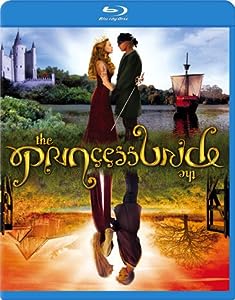 Look at The Princess Bride — no one watches this cult film for the 47th time because they were shocked, shocked! to find that Wesley and Roberts were the same! (Seriously, it’s not even a pretense in the film.) No one was in terrible suspense as to whether Iñigo would find and overcome his lifelong nemesis. No, it’s a blatant fairy tale and we’re under no illusions whether we’re going to have a happy ending. We’re enjoying the ride.

But wait, you say; doesn’t that just prove the point? People don’t want or need the surprise or suspense? Not quite — I’m saying that if it’s a good story, we love all the parts, even once we know the trick of it. Knowing the skill involved in a magic show does not make me appreciate the showmanship less. Knowing the phenomenal effort a ballerina puts into her dance makes me appreciate her seemingly careless grace all the more. I know how Casablanca ends, but I watch it again for the fascinating interplay of characters.

And for every film we watch again for the fantastic dramatic tension, there’s another we don’t need to ever watch again. Knowing the ending doesn’t make it better.

On the flip side, a really good whodunit can keep readers hanging on the edge of the page, and then they can read it again, this time catching all the clues and appreciating the careful jigsaw work in the foundation.

The key is right in the linguistics — it’s called a reveal. It’s not called a bit-of-vital-information-the-reader-already-was-told.

And if the reader were supposed to know, why wouldn’t the author put that right up front? Let us see the murderer’s face in the first chapter, and then we can follow the detective to find out if he’s clever? Hm? Oh, right, because that would usually be boring.

Why did readers tell researchers they preferred the spoiled story?

I have a couple of guesses. First is part of the inherent attraction of knowing any surprise — the knowing. It’s the difference between being the subject of a prank (not fun) and watching someone get pranked (fun).

A reader who figures out a twist gets to feel smug and clever (I guessed the twist in The Usual Suspects before the reveal, and boy, was it sad I was alone and couldn’t brag to anyone), and having a spoiler gives the reader that prize for free. Does it feel good to be in the know? Of course it does.

But, if I may reference other psychology, a prize is better when it is earned. A rat earning cocaine shows greater dopamine signaling in the brain than a rat receiving cocaine for free (here and here and more generally here). Will it take the free hit? Of course. Will it even find it preferable to take the free hit instead of working for it? Often — but often not. But which is the better trip in the end?

And some readers prefer security; they don’t want to invest themselves in a story which isn’t going to come out the “right way.” Knowing the ending gives them some emotional distance or a life ring of hope if the story gets rough.

The other reason readers might find spoilers pleasing is identified right in the article:

It’s also possible that it’s “easier” to read a spoiled story. Other psychological studies have shown that people have an aesthetic preference for objects that are perceptually easy to process.

“So it could be,” said Leavitt, a psychology doctoral student at UC San Diego, “that once you know how it turns out, it’s cognitively easier….”

Yep, it all comes down to laziness. We don’t have to keep track of spoiled stories. And that makes me terribly sad, actually.

I was clever or lucky enough to experience some classics early in life, before they were spoiled for me. And as I’ve compared my experiences with friends who never got the opportunity to discover these plots for themselves, I’m very glad I did.

I watched Citizen Kane before Rosebud was in the Animaniacs opening song, and I remember the slow squeeze of my heart as the film’s meaning settled inexorably on me.

I read Murder on the Orient Express unspoiled and lost whole nights trying to work out the impossible puzzle by flashlight.

And I watched The Empire Strikes Back before I encountered the Big Reveal in pop culture, and I can still recall the jaw-dropping intensity of that experience.

I was older, but yes, it felt a lot like this:

Is there really someone who wants to take that moment away from that kid? Really? Because I have a pit full of were-badgers who would love to discuss it with you.

And even after a reveal? Well, the experience isn’t over — we have to process it, evaluate it, wrestle with it.

Do you remember all the Harry Potter finale hoopla? The parties, the forum debates, the “Snape: Friend or Foe?” suspense? Do you think fans would have been just as happy and excited if Rowling had announced before release, “Yeah, just so you know, here’s what’s going on”?

The point is, while some folks might like the security or easy sense of victory a spoiler gives, others of us really enjoy the suspense or the puzzle. And a spoiler, well, spoils that.